Home » What Could Cause Accounts Payable To Be Understated?

What Could Cause Accounts Payable To Be Understated? 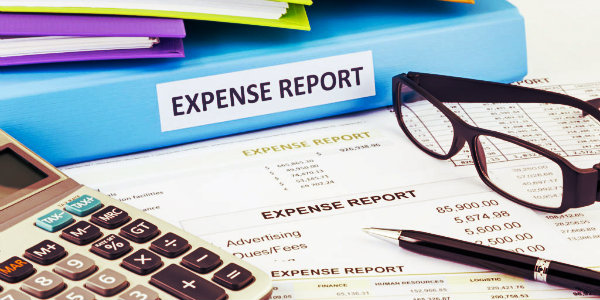 The management of accounts payable is a significant part of bookkeeping as it allows effective handling of payment obligations of a business in Melbourne. Accounts payable is a vital part of the balance sheet, which signifies the amount to be paid by the entity to its creditors or suppliers in a short span of time.

It is listed under current liabilities as the business entity is liable to make the payment to its vendors and suppliers within a short-term. The process works in a simple manner wherein an organisation orders goods and services and receives bills and invoices for them.

The records are updated for these bills by the bookkeeper, and timely payment is made on or before the due date. Thus an experienced bookkeeper in Melbourne plays a critical role in the management of accounts payable. They ensure that the invoices are not fraudulent or inaccurate and get paid and recorded without fail.

What Is Accounts Payable Understatement?

Whether it is a small business or big, record-keeping errors can happen in any business. The erroneous data gives the impression that a business has more capital available to be paid to creditors and vendors than it actually possesses.

Thus what is apparently visible in the records is a wrong figure, and the true amount is too small. It can affect the cash flow and income of the business. For example, a business reports that its accounts payable is $25,000, but the real amount owed by the entity is $30,000.

So a bookkeeper auditing the accounts will state that the reported amount is understated by $5000. Such mistakes are usually a result of data input errors which lead to understatement. So let us understand the common causes of accounts payable understatement to identify the errors and avoid them altogether.

Inaccurate records are risky for a small business in Melbourne as they can alter the profit and loss statement and shake the foundations of the entire establishment. Thus you need a proficient bookkeeper to stay away from the slip-ups mentioned below.

The most common reason for understated accounts payable is not getting all the bills recorded. Several reasons can lead to this kind of lapse. It can often happen that the bill doesn’t arrive on time or gets lost in the pile of papers or may not be received by the accounts department and is sent to the wrong person.

Thus as a responsible business owner, you should make it a company rule to send all the invoices directly to the accounts department by every person working in the organisation. To avoid the confusion related to missing bills, you must inform your bookkeeper about all the purchases made by the business so that they keep a tab on the invoicing and identify the bills with the help of purchase orders.

If the date of the purchase is entered incorrectly in the accounting software, you can become a victim of understated accounts payable. Although the date doesn’t have an impact on the amount, it alters the report generated for the accounting period you specified.

So when you examine these reports for a fixed time period, you may not get all the accounts payable in the list since you made a wrong input for the date. This understatement is only applicable to periodic reports but can cause a lot of confusion.

As your business expands in the bustling city of Melbourne, the role of several managers becomes more responsible and diversified. These people are in the position to make purchase decisions for the procurement of inventory, goods and services.

Sometimes these transactions made by the employees do not make it to the accounts department as they forget about informing about them. Thus the bookkeeper must evaluate all the purchase orders and approvals granted by the management for such transactions.

If the goods and services are received by the entity before the end of the accounting period, and the payment is still pending, then these unidentified purchases can cause the understatement. So make sure that all the employees keep track of the transactions and inform about them accurately.

This type of error can happen when the person entering the invoice data in journal entries makes a mistake while adding the bill amount. A smaller number added in the accounts payable leads to understatement.

Also, if one of the invoices is missed out while entering the details, it can cause an understatement. To avoid such problems, you must hire a renowned bookkeeping company in Melbourne for the job. The experienced professionals do not make any errors and work on updated and latest accounting software that reduce the chances of human error.

Businesses often enter into long-term agreements for inventory transactions to keep getting the stock regularly. This long-term liability is different from the short-term obligations of a business in Melbourne.

6. Not Separating The Accrued Expenses

An easy way to separate the two accounts is to keep it as an accrued expense until the invoice for the goods and services purchased by the business is not received. After the bill is received, the accrued expense should be recorded as an account payable by reversing it.

Accounts payable should be managed with care as many frauds occur in this area, such as inflating net-income by deliberately not recording the payables. You must utilise the assistance of an experienced and dedicated bookkeeper to keep things under check and avoid understatement of accounts payable.