Home » The Difference Between Profitability and Profit

The Difference Between Profitability and Profit 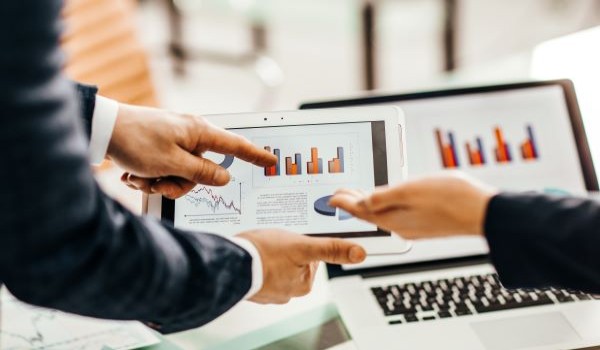 Profits and profitability may come across as the same measuring parameters that determine the success of a business. However, they are two different metrics that are used by bookkeepers in Melbourne to gauge the current and future performance of the entity.

These numbers and percentages are of significance to investors, moneylenders, and the business owner who can make informed decisions on the basis of the information. A business that is generating profits can still display low profitability.

Thus, it is vital to understand the difference between profit and profitability if you are an entrepreneur or an investor in Melbourne. It will give you a clear picture of the performance of the business and provide information about the exact financial health of the venture. So here is how bookkeeping companies utilise the two terms to evaluate the viability of a company.

Also known as net income, profit is the remaining income of the business after the expenses are subtracted from it. The number can be determined by deducting the total expenses of the business in Melbourne from the total revenue in a given accounting period.

These expenses are the ones that were borne by the business to generate the revenue during a specified period. It helps in ascertaining the net profit, which is the excess income leftover with the entity after all the costs are covered for the period.

It implies that some accrued expenses that are paid later will be subtracted from the revenue to get the accurate net profit made by the business. For example, the wages of the employees are usually paid in the first week of the next month.

However, the cost of their labour will be deducted from the current revenue to get the correct data. Bookkeepers calculate the net profit (profit = revenue – expenses) and mention it at the bottom of the income statement, and thus, it is used to identify the bottom line of the business. If the revenue is lower than the expenses for a period, the bookkeeper defines it as a net loss in the income statement.

The distinction between profit and profitability rests on the fact that profit is an absolute amount, while profitability is a relative measure, such as percentage or decimals. Bookkeepers utilise income and expenses to determine the profitability of an entity in Melbourne.

It evaluates whether the business is generating the required profits to remain successful in the coming years or not. It ascertains the efficiency of the organisation and its return on investment.

Hiring a professional bookkeeper helps to keep a check on these numbers and manage finances in a better manner. They use the best technology to accurately determine this data and help the entrepreneur in Melbourne.

The profit margin ratio determines the income generated by the business after deducting the expenses. It appears to be similar to profit, but the only difference is that it is a ratio or percentage while profit is a specific number.

Bookkeepers use the following formula to calculate it, Profitability = Profit/Revenue x 100. It gives you the percentage of every dollar retained by the business in Melbourne. For example, if a company earned $20,000 and the expenses incurred by it in the same month were $10,000.

The profitability ratio of the company is 10,000/20,000 x 100 =50%, which means that the business saves 50 cents of every dollar, and the remaining 50 cents are spent as expenses. It displays that the business is performing well and will be able to sustain itself in the future.

The gross margin ratio can be used to assess the revenue retained by the business after deducting the cost of goods sold or the expense of manufacturing and distributing them. Bookkeepers use the following formula, Gross Margin Ratio = Revenue – Cost of Goods Sold/ Revenue x 100, to calculate the ratio.

For example, if a company earns $20,000 by selling goods that cost $17,000, the gross margin ratio will be calculated as 20,000 – 17,000/20,000 x 100. Here the ratio is15% which shows that the business is earning more from the sale of goods than it is spending on procurement and selling. It is distinguished from the profit margin ratio on the basis of the fact that the gross margin ratio only takes the stock into consideration while the profit margin takes every expense into consideration.

The third profitability ratio determines how profitable is the business in Melbourne as compared to the cost of the business investments. It displays how the investments are faring and how much profit they are generating to understand the return on investment.

It goes to show that the campaign was a success and for every dollar spent, the company earned 75% more. Bookkeepers often tweak the formula to deduct taxes from the amount and gather a more accurate ROI.

Thus, it is highly probable that the business may be earning profits currently, but its profitability may be low. If it is lower than 25%, it means that it may face challenges in staying afloat in the future.

Therefore, businesses rely on their bookkeepers in Melbourne to keep track of their bottom line and profitability ratio and make investment decisions accordingly.