Home » Shutting Down a Business Gracefully

Shutting Down a Business Gracefully

Much has been written about how to grow a business. Sadly, however given the daunting business survival statistics, most businesses never get an opportunity to scale up. They start small and stay small, and many eventually shut down whether sooner or later. Of those few that do begin to scale, the effort to scale up often fails to last and the all too familiar roller coaster of life in business heads, or threatens to head, downhill. Thus, a far more common challenge is that of scaling down: How to gracefully scale down and close a business with your reputation, trust, and dignity intact and live to build another business, in another arena, on another day.

To examine how key constituencies clients, suppliers, employees can be fairly dealt with, here’s a great outline that deconstructs the story of how a successful company had to scale down after 16 years. A strong, transparent, and trust-driven culture plays a central role in driving a scale-down decision and in managing the process as the it unfolds.

Home Run Media, a media agency that helped its clients plan and carry out their marketing strategies, had been operating for more than a decade when a key client in the fantasy sports industry began to grow rapidly, thanks in part to Home Run’s work and to a healthy dose of venture capital that was fueling its growth. Home Run’s media billings and its revenue, took off, growing more than tenfold in less than two years.

Alas, as 2015 unfolded, concerns arose that the client’s business, and that of other similar companies, might not be legal in it’s core U.S. market. The client, which constituted some 80 percent of Home Run’s billings, advised Home Run that its 2016 billings were likely to fall sharply. Hammering home the point, the client added, “It’s probably a good time to terminate our contract.”

As Home Run’s founder and sole owner, Blickstein had been through a regular series of feasts and famines and ups and downs, but over Thanksgiving weekend in 2015, he decided he wanted no more of it. He wanted out.

Blickstein and his finance team had already begun to analyze the options. At first they considered finding a buyer for the business, but it became clear that selling his still-modestly sized business would take some time. At his current levels of operating costs, its value and its cash would likely erode quickly in the face of the expected fall in revenue. And who be interested in buying a business that was losing its golden goose client, anyway? Not a viable option, he concluded.

On the plus side, his company’s healthy book of accounts receivable indicated that if he could stop the cash burn quickly, he stood a chance to walk away with a tidy sum. He could put his kids through college and buy some time to think about what to do next. “But how,” he wondered, ”do I carry out this decision while limiting the damage caused to those who have trusted me?” There were four key constituencies with whom Blickstein would have to deal, he realized: his clients, his vendors, his employees, and himself.

Home Run’s clients relied on the company to help develop and implement their media strategies. Blickstein couldn’t simply leave them in the lurch. He could not and would not simply tell them he was closing shop and wish them good luck. Not only would such an action breach the trust he’d built with them, but he feared they would be angry and wouldn’t pay what they owed him for services already rendered or to be rendered as he wound things down. If the receivables failed to come in, Blickstein ran the risk of walking away with little to show for his 16 years of effort.

Blickstein knew how difficult it can be for a client to find, select, hire and onboard a new agency. He decided to break the news to each client himself and do so first, before addressing his vendors. In doing so, he suggested agencies that could pick up where Home Run Media left off and execute the client’s strategies in a philosophically similar manner, and he offered to support the client in managing the transition. By the end of January 2016, all of his clients had moved on and, happily, no bridges had been burned.

Vendors posed a trickier problem. There were media outlets with whom clients’ budgets had been placed, and there were other vendors an office landlord, software suppliers, and others with whom Home Run was committed to lengthy contracts. Blickstein knew that the first thing any supplier worries about when a customer closes was whether they’d be paid what was already owed to them. Some such sums were substantial in his case.

With his media vendors, he decided the best thing to do was to advise each of them that the client whose advertising they were running was changing agencies. Agency transitions were not uncommon, nor were month-to-month swings in spending, he reasoned. No problems there.

But landlords, software vendors, and others were another story. They would be losing future streams of revenue to which Home Run Media was contractually committed. How would they react to losing Blickstein’s company as a client, he wondered? Blickstein decided a personal touch was required. He called his primary contact at each of them with a straightforward request. “I’m closing my business. What do we need to do to terminate our contract?”

Invariably, the answer was, “I don’t know.” Seemingly, no one had never called to find out. They’d simply shut their doors and left the vendors holding the bag after a few missed payments. While there were a couple of holdouts with whom Blickstein had to negotiate settlements, most were amenable to and appreciative of Blickstein’s candor, saying they would not refund any deposits or prepayments held, but neither would they require further payments beyond a short period.

From the beginning, while Blickstein knew he would have to take the lead in dealing with his clients and his vendors, he also knew that the work entailed in transitioning his clients and winding down his supplier relationships was far more than he could do alone. He was also deeply indebted to his 18 people for the work they had done in building his business. From the day he had opened his business some 16 years earlier, he’d built a culture that valued transparency, trust, teamwork, and creativity. He would have to be forthright and creative in dealing with his people as well.

The Friday after Thanksgiving weekend at the company’s normal daily huddle, Blickstein broke the news. Facing the likely loss of its key client, Home Run media would be shutting down and helping all of its clients transition to other agencies. In the same vein, Blickstein would help his people transition into new jobs. “I could not afford to have them keep their jobs,” he recalled, “but I could help them keep their dignity.” Everyone would be given their laptop and a severance package, and to help them find new jobs, everyone would be welcome to keep their company email address and use their desk and the fully-stocked company kitchen through the end of the company’s now-truncated lease. A select few would be asked to stay on for a few months as the company wound down to assist with clients and vendors.

Inevitably, the meeting turned emotional, and tears flowed. At the end of the meeting, the person who’d received the company’s weekly “game ball” for outstanding performance the previous week approached Blickstein and gave him the ball. “You deserve it,” she said.

Come the following Monday, all but two staffers came to work to spend time together beefing up their resumes, updating their LinkedIn profiles, and diving into the job market.

Blickstein knew that the speed with which his company would scale down was essential. Each week in which his burn-rate continued would knock some $35,000 off the nest egg he would be able to keep at the end of the journey. Keeping a couple of key people on board enabled the scaling-down process to run faster than if he’d managed it alone. On February 26, 2016, barely four months after his decision to scale down had been made, Home Run Media shut its doors, with all clients having been transitioned to new agencies, all vendors dealt with in a mutually agreeable fashion, and with a majority of his people already having found new jobs.

Reflections on Scaling Down

As Blickstein reflects on his company’s history, he sees both disappointment and gratitude. He wishes he’d paid more attention to using the good fortune of a fast-growing client to invest in the business for the longer term. Using some of that client’s proceeds to win a wider set of clients and build a team that could better manage the inevitable ups and downs might have meant that Home Run Media would still be in business today.

On the other side of the ledger, he is grateful for the attention he gave from day one to building transparent and trusting relationships with his team and with the companies with whom he and his people worked. It was trust and transparency that constituted the foundation of his company’s culture, and he knows it’s that culture that that not only got his company through the roller-coaster years, but also made it possible to scale down with his and his people’s dignity intact. 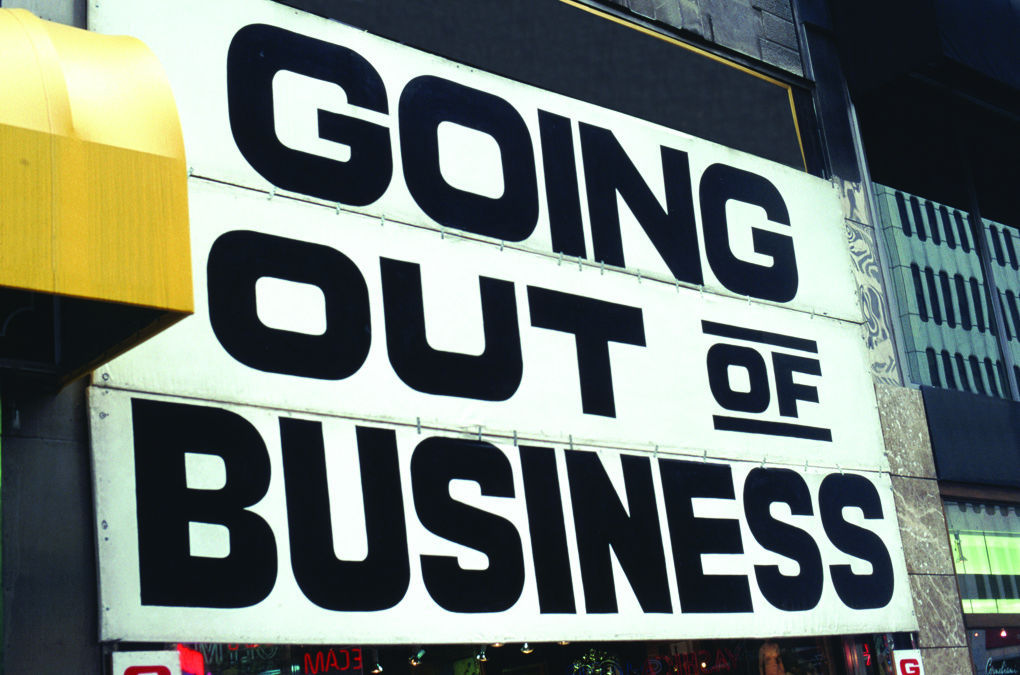